The problems are not independent of pollution, but rather examples of how one issue can snowball and create others. In a nutshell, it goes like this:

Pollution runs off into the lake –> Pollution/phosphorous and resulting blue/green algae kill shoreline plants –> Without a natural root system to hold soil together, the shoreline erodes and fills the lake with sediment

Nutrient runoff isn’t the only thing that has contributed to this issue. Lakeside developments that do not preserve natural flora or otherwise plan to combat erosion are also responsible.

In addition, the many tributaries to Grand Lake St. Marys face similar issues, and silt from these streams ultimately ends up in the lake. 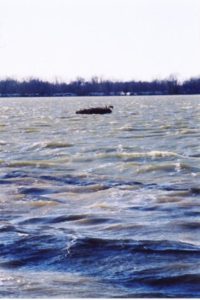 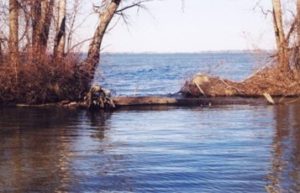 In the photos below, all taken circa 1965, you’ll notice the abundance of vegetation. The last photo is a present-day photo of Prairie Creek Island that demonstrates how widespread the erosion issue is. 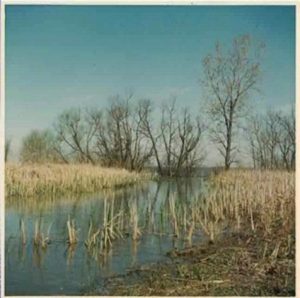 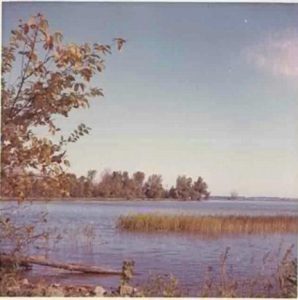 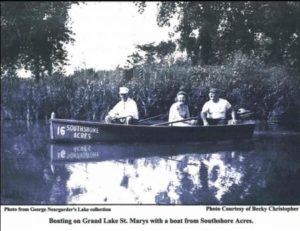 Removing silt and sediment from lake