What you already know

Grand Lake St. Marys has served as a recreational and economic hub, as well as a natural wildlife habitat, for more than 160 years. Ohio’s Other Great Lake has a storied history that is not only fascinating to the hundreds of thousands it directly serves, but also of great significance to the history of the United States and the entire the world. You might know, for example, that:

And these aren’t the only stories to come from Grand Lake St. Marys. Indeed, hundreds of thousands of people have their own Grand Lake St. Marys stories, a few of whom have recorded some of the lake’s historical highlights – and lowlights – for us to enjoy today. Much of the lakes’s past has undoubtedly been lost to time, but there remain a few stories grand enough to retell here. How many of them do you know? 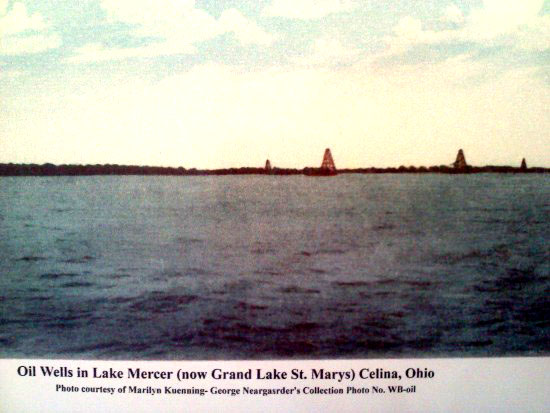 Click here for more history and a map of the oil derricks in and around Grand Lake St. Marys! 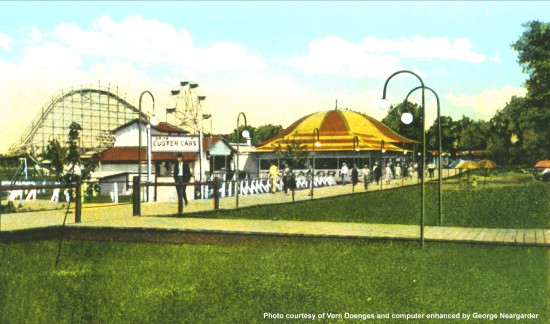 Click here for the full history of Gordon State Park! 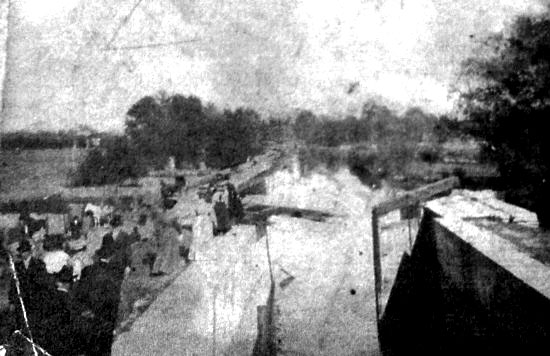 A photograph of the East Bank Bulkhead near St. Marys depicting the gates after a dynamite explosion threatened to drain Grand Lake St. Marys. Notice the tattered wooden gates in the center and the onlookers on the left. Photo from George Neargarder’s collection

Click here to read the rest of the story!

A response from Celina’s Daily Standard to St. Marys’ The Evening Leader during the war over the proper name of Grand Lake St. Marys. Photo from George Neargarder’s collection 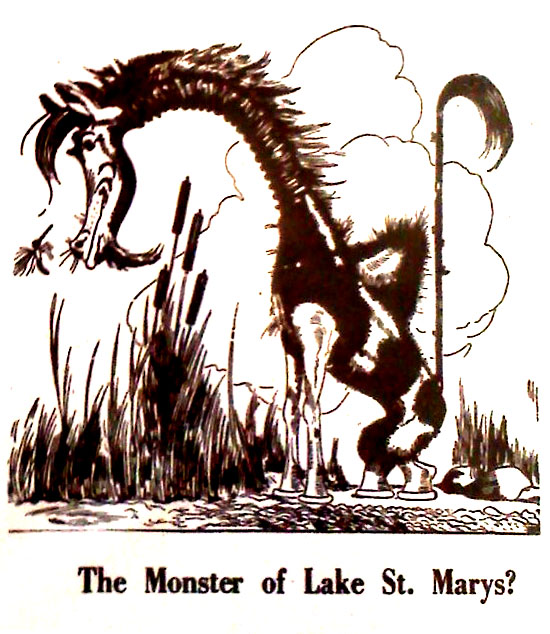 Newspaper excerpt of the Hoedag. Photo from George Neargarder’s collection

Learn more about the Hoedag in our photo gallery! 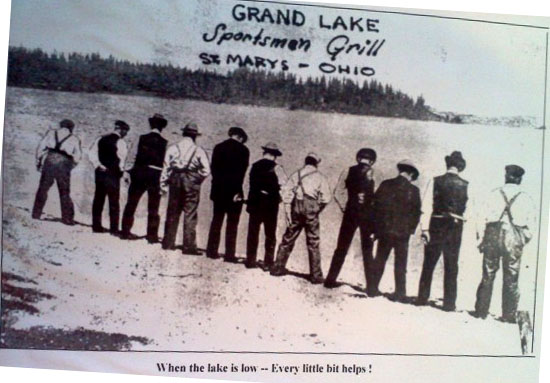 Grand Lake St. Marys, Now and in the Future

What is Grand Lake St. Marys today? Where will it be tomorrow? Though the reservoir was initially intended to be a northbound water supply for the Miami and Erie Canal, it only served in that capacity for 15 of its more than 160-year existence. The majority of the time – and officially since 1915 – Grand Lake St. Marys has been designated as public property set aside for pleasure and recreation

The lake has also served as a natural wildlife habitat, and is on the major migration routes of several migratory birds and even Monarch butterflies. The waters are home to crappie, bass, bluegill, walley, catfish and perch.

Grand Lake St. Marys is for flora and fauna, tourists and business, boaters and hunters/fishers, and lovers, friends, and family. But Ohio’s Great Lake is also threatened, and the safety, welfare, and economic stability of the lake community are jeopardized. Today we have touched on the rich and fascinating history of Grand Lake St. Marys. Over the following weeks we will take a close look at the factors that threaten to destroy the lake and what needs to be done to prevent it.

** The Lake Improvement Association extends a grateful thank you to
George Neargarder, who lent his valuable time, expertise, and materials
for the History of Grand Lake St. Marys. **