We Ohioans were first directed, “Stay home during this threat of the virus.”  This is my suggestion about how to make your life more interesting, while staying at home, for Week #24. 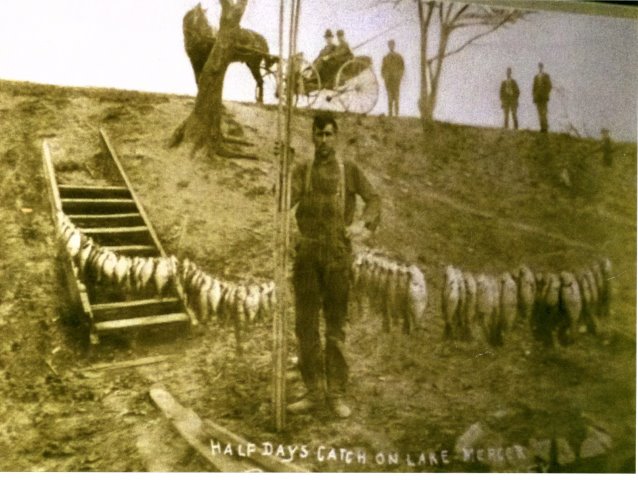 The Mercer County Observer,” reported, on June 17, 1887, the following story.

“The Andrews Well is a very good well, producing about 2,000,000 feet per day.  A week later, the same newspaper gave the following report.  “We had hoped to be able to give the results of the Andrew’s well this week, but the contractors have been somewhat unfortunate and the well will not be in before Thursday or Friday.  At a depth of 600 feet they struck a pocket of shale gas.  At a depth of 800 feet they struck another pocket of gas and a vein of water that compelled them to do more piping than they had expected, hence the delay.”

The last week of June 1887, “The Mercer County Observer,”  told the success story.  “The Andrews well is a very good well.  The Andrews well is not a Karg or a Doenges, but a very good well, producing about 2,000,000 feet per day.  The contractors of the Andrews well reached Trenton rock Thursday, and at a depth of a few feet in the rock struck a small amount of oil.  Soon afterward, however, gas was struck, and although in small quantity at first, every stroke of the drill increased the flow, until the success of the well was assured.  At a depth of 1153 feet the drill was stopped and a party from Lima shot the well with good effect, apparently doubling the flow.  The shooting was done in the presence of perhaps 500 of our people all anxious to see a good result, and they were not disappointed, as soon afterward the gas was piped off and lighted, making a steady blaze, 30 feet in height.  On Sunday, the debris was cleared out, and again lighted, and the increase of the flow was quite perceptible.  There is no instrument here with which to measure the flow, and we can only rely upon the judgment of the experienced men as to the yield.  Judge Dwyer, the owner of the well, who was given these matters much attention, estimates the yield at 2,500,000 feet per day.  Harry Cartright, the contractor, estimates it a little lower.

The newest book, “OIL AND GAS BOOM, MERCER COUNTY AND MIDWEST OHIO,” is being bound and prepared to deliver to the Mercer County Historical Society either the last of September or first of October.  The price of the book will be announced and the first fifty people who order the book will receive the early bird discount.

This story of the Andrews Well on West Bank Road, is told on page 7.  The index in the book will provide the names of land owners in the five county area, who shared their oil and/or gas well stories with the Mercer County Historical Society.  Watch for this “Our Old Bookcase,” next week.